2G and 3G networks are closing at an accelerating rate all around the world. This is an issue for M2M and IoT applications. Shutting down 2G is driven by the network operators’ desire to remove legacy technologies. They also want to free up radio spectrum to meet growing capacity needs on newer networks.

If your business is running an IoT application then it’s likely to be reliant on 2G. In 2019 around 60% of the IoT applications deployed in the UK are running on 2G. Until the recent formal closure announcements it is likely that figure still applied for new deployments. The reason is that 2G is perfect in terms of reach, resilience, and capability for the many critical IoT applications businesses increasingly depend on.

Applications such as vehicle tracking and remote monitoring of critical plant are now central to the operations of many businesses. That means successful migration of M2M away from 2G could be mission critical for many businesses. It’s equally important for businesses considering deploying IoT for the first time too.

The paradox is that 3G networks are closing earlier, and more aggressively than 2G network closures. 4G already provides greater capabilities than 3G. As such, the churn in devices and consequent reduction in data traffic – the primary capability that drove 3G uptake – means 3G networks can be more easily retired than 2G.

How do I know if 2G closures will impact me?

The first step is to understand when 2G will no longer be available where you need it to be. Keeping on top of ever-changing networks plans from a range of operators can be a challenge, but we are trying to do that for you. Network operators usually give at least a year’s notice of closure – the issue is getting as much notice as possible, so you have enough time to plan what to do.

Secondly, does the application you have already deployed, or one you are about to deploy depend on 2G? This can often be determined from the user guide that the hardware supplier provides with the equipment.

Is it an issue if my solution doesn't use 2G?

When looking at how dependent your solution will be on 2G don’t forget to look at whether it could be important as a backup.

It is possible that your solution uses 4G, but when that is not available it expects to be able to drop back to 2G, in the same way your phone does. For you that means you see continuous service, but potentially that is only achieved by changing network types. If one of those networks disappears you could be left missing critical information.

If your IoT application is critical for your business, the inability to get the data you need, when you need it could be an issue. Is this just an issue for solutions that are moving – for example monitoring customer deliveries? The simple answer is – no.

Even static applications can be impacted. If your application is at the edge of coverage for your chosen network type, availability can be marginal – and in some conditions lost. Even if you are right next to the cell tower of your chosen network type there could be times when the cell is not available – network faults, or planned maintenance can result in coverage being lost. If your business needs the data, you need a backup.

My IoT application is using 2G, and 2G is being shutdown where I need it - what do I do?

Unless you are very lucky, it is unlikely that the communications hardware part of your existing solution will work once the 2G network shuts down. It is possible that it supports a wider range of mobile services but you should check using information from the manufacturer or supplier. 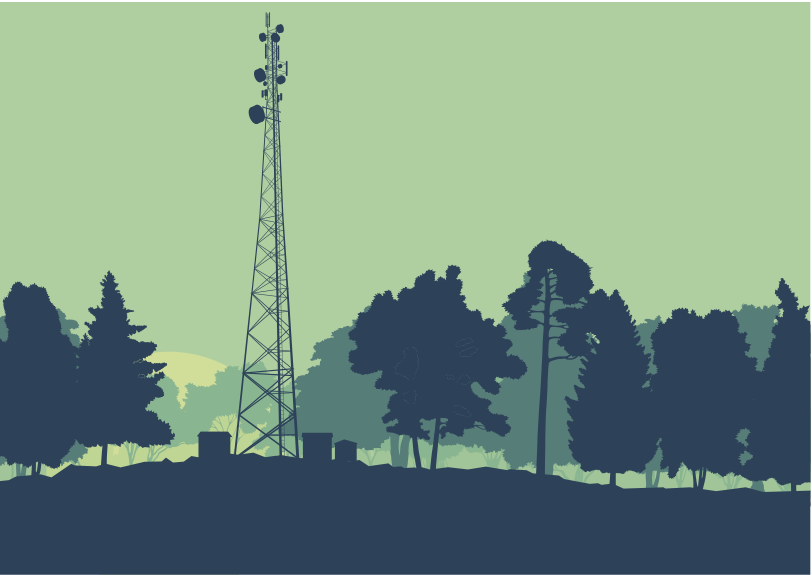 What network type is best for my IoT application?

Perhaps the best start point would be to understand which network types would be best for your IoT solution. In the case of new deployments this may sound obvious, but for ones already rolled out, and successfully working this may sound odd. However, it is possible that the network type for the solution you have rolled out has been driven by the manufacturer of the equipment – not what the application needs.

Our Connectivity Navigator tool gives you a recommendation for the most suitable network technology for your application and also a second choice. Simply answer 6 short questions to get an immediate answer.

How are the Mobile Network Operators helping me migrate my M2M application from 2G?

The network operators are conscious of the dependence IoT applications have on 2G, both in terms of coverage and capability. In terms of direct replacement, 4G is being positioned to take over from 2G. In terms of coverage there is a race to ensure that it can replicate the coverage that 2G achieved, and in the UK that has been underpinned by a coverage obligation for 4G being placed on the network operators by OFCOM as a part of their spectrum licences.

That means you should be able to rely on 4G being available as an underlying carrier for your IoT application when the coverage roll out is complete. In terms of capability the network operators and equipment manufacturers have taken the opportunity to define new service standards running over 4G specifically for IoT.

These standards are known collectively as Low Power Wireless Access (LPWA). Two variants of LPWA, NB1 (and now NB2) and Cat M-1 have been defined, aimed respectively at static and mobile applications. These add specific capabilities needed for IoT – such as reduced battery usage – that 2G did not have. This should mean that LPWA technologies will give you a better service than the one you are losing, when migrating from 2G.

Understanding which network operator  can provide the best network technology to support your IoT application is a key first step. However, don’t forget the need for backup. If you depend on your application, or if it will be an intrinsic part of your business you need to have an alternative means of getting that important data back.

Can my IoT provider help me to migrate from 2G?

Asking questions about the range of radio options the hardware in your solution can support is important. That will determine what backup options you have available, and that can then be used to help refine your choice of network operator – you need one that can support both your primary and backup requirements.

Another approach could be to understand which  network options are available where you need to deploy your IoT solution. You could then use that to help decide what hardware you should pick to replace your 2G equipment.

2G looks like it will be around for a while – so do I need to migrate?

If you are using 2G for your IoT solution today, you should think about how you will change to an alternative now. You can never have too much time to plan both the way on which your solution will continue to support your business – technically and in terms of implementing the migration process itself.

Similarly, if you are looking at deploying IoT for the first time, and 2G will be an intrinsic part of that, either as a primary or backup technology, you should look at alternatives. 2G is not a long term solution in many countries now and ensuring the solution you deploy is future proof should be a key requirement.

Key considerations for migrating your M2M application from 2G

What network technology is best suited to my application?

Is there coverage where I need it?

Do my devices need replacing?

Do I need a different connectivity provider/network operator?

Do my SIMs need replacing?

Is there any impact on any back end systems?

How much will it cost?

How long will it take?

It is possible that even if you stay with your 2G network supplier the change in network technology may mean you need to change SIMs. If you change SIMs remember the SIM/Mobile number may also be part of the application authentication in your application so you will need to change that too.

2G networks are being shut down to free up spectrum to use to provide more capacity on other networks, such as 4G. Shutting 2G networks will also mean that dedicated core networks that are incompatible with 4G and 5G can also be shut, saving significant cost.
The technical information for the hardware in your IoT solution will provide you with the information as to whether 2G is used. If your equipment uses 2G then you will need to look for a replacement using the right alternative network technology for your needs.
It is possible your IoT solution depends on 2G as a backup for times when the primary network is not available – due to coverage or outage issues. If your IoT solution is critical for your business, you should check what backup it uses as it is highly likely it uses 2G.
Understanding what network technologies are best for your IoT solution should be your first step. We have a tool that can help you with that. Don’t forget to look at the backup you could use as well.
You need to find equipment that supports the network options you have identified as replacements for 2G. Manufacturer information for your solution can help with that. You should also look for a network operator that can provide both the primary and backup connectivity you need.
We use cookies on our website to improve your experience, you can accept them all or manage them through Cookie Settings. Read More about how we use cookies.
Cookie settingsACCEPT
Manage consent